Michael Douglas reveals he lied about having throat cancer to cover up tongue cancer diagnosis. 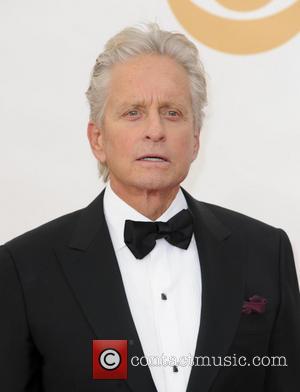 Michael Douglas has admitted he lied about having throat cancer.

The Hollywood actor recently spoke to Samuel L. Jackson as part of 'Male Awareness Week' on ITV'S 'This Morning'.

Douglas revealed his battle with tongue cancer and not throat cancer, as he explained;

"This was right before I had to go on a big tour for [Wall Street: Money Never Sleeps], so we kind of said there's no way we can cancel the tour and say we don't feel well. . You've got to tell them," adding, "I said, 'You've just got to come out and just tell them I've got cancer and that's that.'"

When Douglas was about to go public with his diagnosis the doctors advised him to cover it up and say he had throat cancer;

"But the surgeon said, 'Let's just say it's throat cancer.' I said 'OK, you don't want to say it's tongue cancer?' I said 'Why's that?' and he said, 'Well, if you really want to know why, if we do have to have surgery it's not going to be pretty. You'll lose part of you jaw and your tongue and all of that stuff.' So I said, 'OK sure'",Douglas explained.

Contracting cancer from oral sex probably wasn't the most convincing cover story, but it did seem to work.

However, Douglas affirmed in the interview that he is now cancer free and has been clean for two years, he also told Jackson his type of cancer has a 95% of not returning.

Jackson conducted the interview because he is a spokesperson for the male awareness cancer charity, 'One For The Boys'.

Watch the full interview below