Michael Douglas joked about his role in 'Behind the Candelabra' with Matt Damon whilst accepting his Emmy award. He then turned to a darker topic, namely the US federal prison system.

Michael Douglas focussed on his family when giving his acceptance speech at the Emmys. The 68-year-old actor won the award for Outstanding Lead Actor in a Miniseries or a Movie in L.A. on Sunday 22nd September. Not only did he mention his estranged wife Catherine Zeta Jones; but he referenced his imprisoned son Cameron. 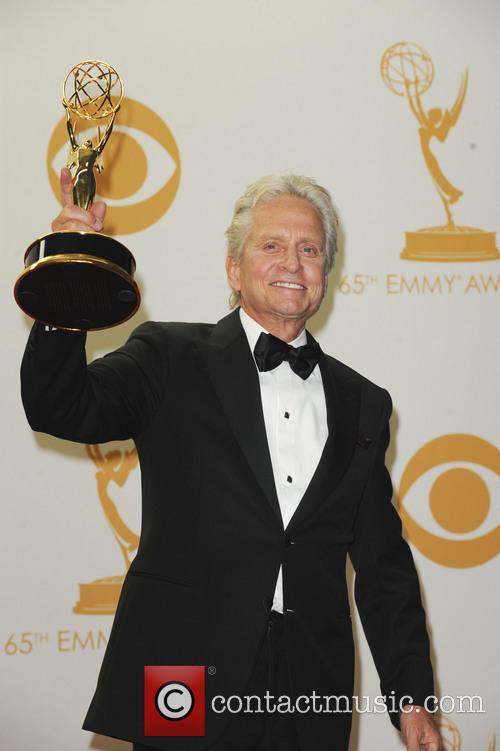 Michael Douglas with his Emmy Award.

Douglas continued to criticise the US Federal Prison system, referencing his son being placed in solitary confinement. He stated as "part of their punishments if you happen to have a slip - this is for a prisoner who is nonviolent - as about a half a million of our drug addicted prisoners are, they punish you. So for my son's case, he's spent almost 2 years in solitary confinement and right now I'm being told that I cannot see him for two years." In his acceptance speech he said "I'm hoping I'll be able to see him [Cameron] soon." 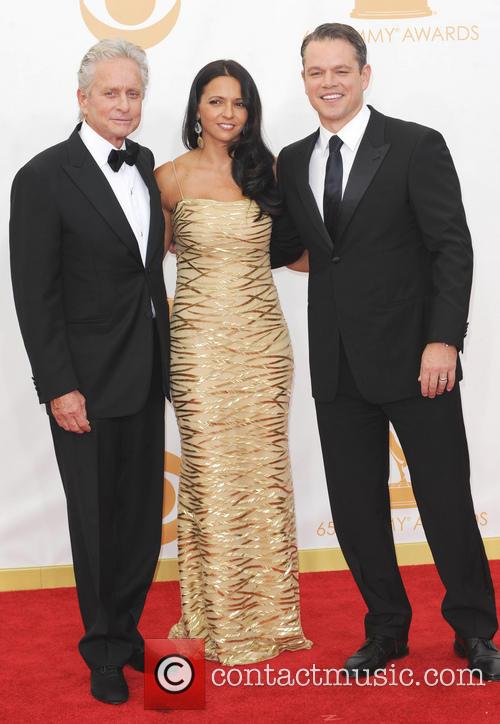 Michael Douglas with Luciana Baroso and Matt Damon at the Emmys.

Although Douglas claimed he was "disappointed" with his son, he said he was equally "disappointed" by the system. His comments primarily related to punishments for "non-violent drug addicts and criminals".

Although Douglas' speech may have ended on a darker note, he initially thanked his on-screen partner Matt Damon and joked that he deserved half the award, asking Damon in the audience "so you want the bottom or the top?" Douglas and Damon starred opposite one another in Behind the Candelabra, a screen adaptation of the entertainer Liberace's love affair with Scott Thorson. In addition to the television movie winning an Outstanding Actor Emmy; it also won Emmy awards (in the category of miniseries or movie) for its director and writer. 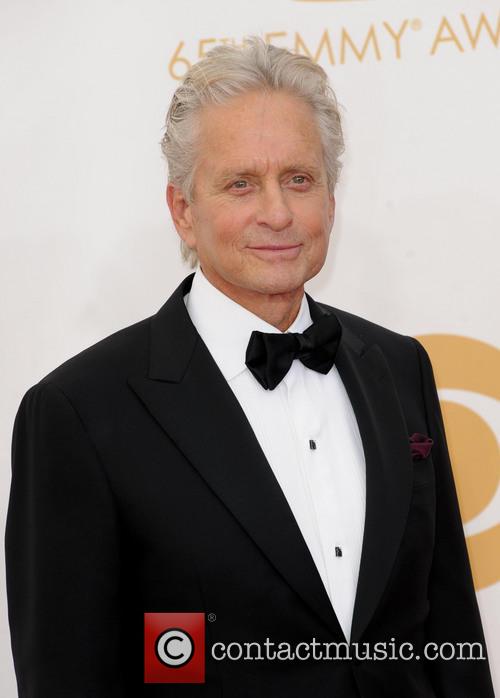