During his acceptance speech for the 'Outstanding Lead Actor In A Miniseries Or A Movie' Emmy, Douglas packed in as many innuendos as he could as he also thanked his 'wife' and co-star Matt Damon

Michael Douglas wowed critics and audiences alike with his portrayal as Liberace in the HBO TV movie Behind The Candelabra. Standing out from the crowd in the lists of nominees for the 'Outstanding Lead Actor In A Miniseries Or A Movie' award, it came as little surprise to see Douglas take away the award for his role, but his acceptance speech was much less expected. 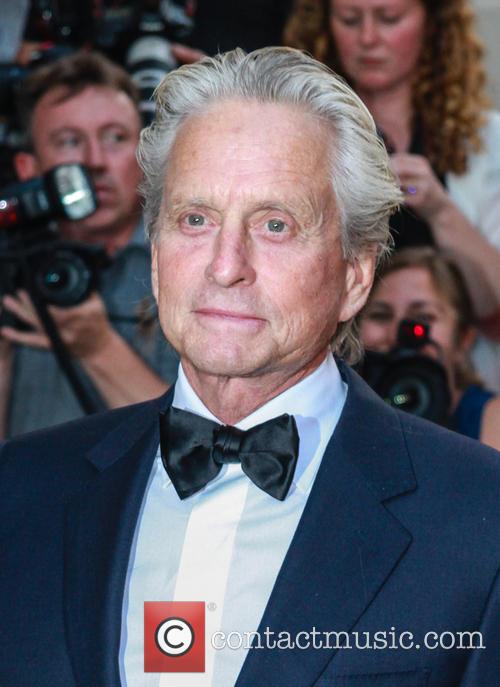 Cramming in a penis joke, a gay sex joke, and a few other wink wink, nudge nudge moments in his speech, Douglas' had the crowd holding their sides with laughter as he walked away from the awards show as one of the highlights of the night. As he accepted the Emmy award, he first addressed his co-star Matt Damon, who played Liberace's lover Scott Thorson in Behind the Candelabra, and told him "this was a two hander, and you're only as good as the other hand."

"You really deserve half of this. So, do you want the bottom or the top?" he also joked, again making Damon squirm in his seat, much to the delight of Douglas and the rest of the audience. His speech served as a nice slice of light-hearted banter in what many have complained was an awards show riddled with segments that missed the mark and was overly concentrated on tributes to the dead.

He also went on to thank his "wife Catherine," at the end of the acceptance speech, which was a little unusual give the recent rumours that the pair are currently on a break for an indefinite period of time. Odd maybe, but rather it was a sign that Douglas obviously misses and loves his wife still, that is if there is any truth to the rumours in the first place. 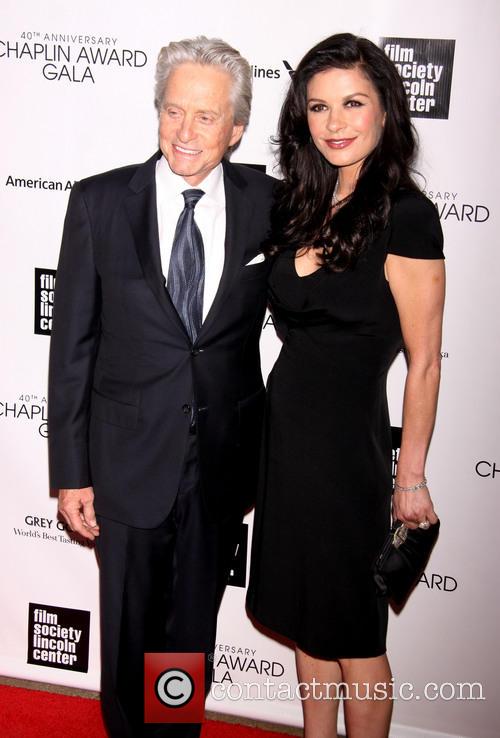