Michael Douglas Fears There Is A "Crisis" Within The American Acting Industry Because Young Stars Are Too Obsessed With Their Image And Are Losing Roles To Their British And Australian Counterparts. 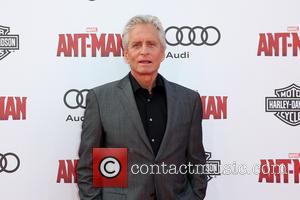 The Hollywood veteran is convinced British actors take their training more seriously than Americans, while male Australian stars outshine their U.S. rivals with their "masculinity", and they are landing the most coveted roles in the industry.

He tells Britain's The Independent newspaper, "There's something going on with young American actors - both men and women - because the Brits and Australians are taking many of the best American roles from them... In Britain they take their training seriously while in the States we're going through a sort of social media image conscious thing rather than formal training. Many actors are getting caught up in this image thing which is going on to affect their range. With the Aussies, particularly with the males, it's the masculinity. In the U.S. we have this relatively asexual or unisex area with sensitive young men and we don't have many Channing Tatums or Chris Pratts, while the Aussies do. It's a phenomena...

"There's a crisis in young American actors right now. Everyone's much more image conscious than they are about actually playing the part."