New Liberace biopic is released UK-wide today after delighting audiences at Cannes but despite the widespread positive reactions, 'Behind The Candelabra' will never even be considered for an Academy Award. 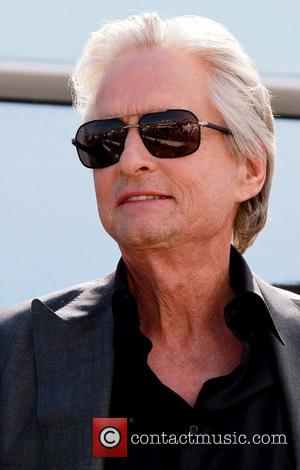 Liberace biopic, Behind The Candelabra, has been released today in UK cinemas today but due to troubles securing big-buck Hollywood funding, the glitteringly kitsch film will only be seen on TV in the US, making it exempt from Oscar considerations.

In unfortunate circumstances for all who worked hard to create the well-received, feature-length biopic, Behind The Candelabra, its broadcast on US TV, instead of screening in cinemas, will mean that the film starring Michael Douglas and Matt Damon cannot win the most illustrious award in filmmaking. No matter how many scores of critics proclaim their adoration; regardless of how many fans flock in their droves to the cinema here in the U.K, the film will never even have a shot at the Oscars.

According to director Steven Soderbergh, Behind The Candelabra was denied any financing from Hollywood studios because of their belief that only gay people would want to go and see the film. Soderbergh failed to let Hollywood's knockback deflate his big plans to bring Liberace back to life, finding funding instead from HBO, the American cable television network, who will broadcast the biopic on the small screen. Soderbergh said he and his team saw the bright side: "Our attitude was: 'More people are going to see it this way anyway.'"

Watch the Behind The Candalabra Trailer:

The film's plotline centres on pianist and entertainer Liberace (Douglas) and young lover and chauffeur, Scott Thorson (Damon) - who undergoes surgery to look like a young 'Lee' - in an outrageous narrative that encompasses drugs, plastic surgery, and the decadent excess of Liberace's flamboyant life.

Before Polish-born Wladziu Liberace's death at 67 due to AIDS-related complications in 1987, he was the highest paid entertainer in the world.

Currently standing at a mighty 92% rating on Rotten Tomatoes, the virtuoso biopic is described as "addictively funny and watchable" and "hard to beat" by The Guardian's Peter Bradshaw, whilst "brilliantly played" Damon and Douglas' super-camp lead performances are praised. Our own Rich Cline loved the "balance between sharp comedy and involving drama" and resonatingly "astute" performances from the male leads. The List's James Mottram triumphs the film as taking Soderbergh's directing to new heights: "amongst the sequins and sass, Soderbergh finds a tenderness that has sometimes been missing in his films."

There may not be anything to hide behind a candelabrum, but the film - which may be shoe-in for a Palme D'Or - certainly has Oscar-worthy emotional depth and great filmmaking beneath its surface that will continue to delight audiences regardless, just as the original entertainer did. 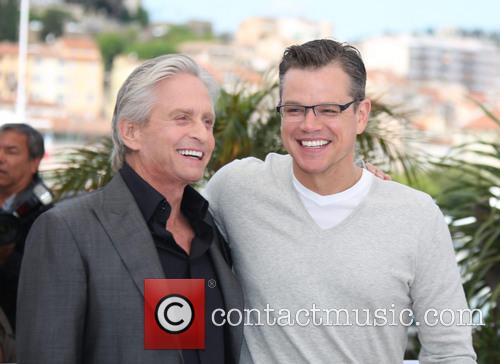 Michael Douglas [L] And Matt Damon [R] Co-Star In New Liberace Biopic Behind The Candelabrum, Out Now In UK Cinemas.