Actor Michael Cera has revealed that he likes girls with enough confidence to chat him up in a restaurant. 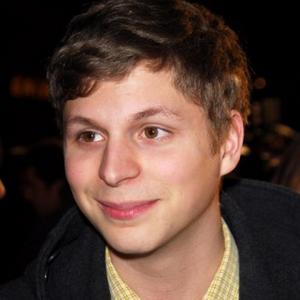 The 'Superbad' actor is amazed by the shyness of many of the females he meets and dreams of meeting someone more assertive.

He said: "I like a woman to take control but they're hard to find. For example, when I go out to a restaurant I know every girl in there wants to come say hi and be sexually aggressive, but they're all so gripped by shyness that they don't even make a move. In some cases the shyness is so severe they won't even look at me."

Despite his dislike of shy girls, the 22-year-old star has also admitted that talking to girls is not easy to him either and he occasionally resorts to cheesy chat up lines.

Asked what was the worst line he had ever used, he told Playboy magazine: "Hey, lady, those are some sexy-a*s extensions. I guess you won't mind if I extend to you a personal invitation to party with me one-on-one in a scary motel room."

The actor also claimed he lost his virginity on the roof of a building, but claimed he "can't remember" many details.

He joked: "To be honest I don't remember too much about it. All I remember is I had been awake for almost 86 hours, I was on the roof of a Public Storage building in what seemed to be a freezing rainstorm, and Crispin Glover was there with a disposable camera he kept winding even though it had clearly run out of exposures."