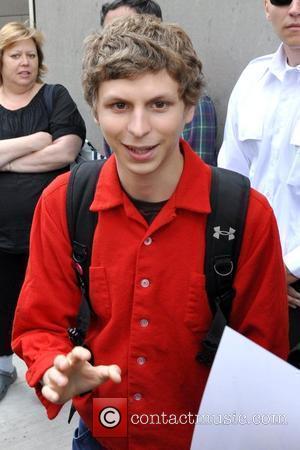 Picture: Michael Cera out and about during the 2009 Toronto Film Festival Toronto, Canada - 16.09.09

Michael Cera has dismissed reports he's sitting out of the much-anticipated movie adaptation of TV comedy Arrested Development, insisting he's onboard and can't wait for shooting to start.
The show, which featured Cera, Jason Bateman and Portia De Rossi, was cancelled in 2006, but went onto become a cult hit on DVD and TV re-runs, prompting talk of a movie.
Plans were recently put on hold amid rumours Cera has opted out of the film version after finding success in movies Juno and Nick and Norah's Infinite Playlist.
But Cera insists the movie is on its way, and he's desperate to be a part of it.
He tells Us Weekly magazine, "The script is going to be written soon. I'm looking forward to it."