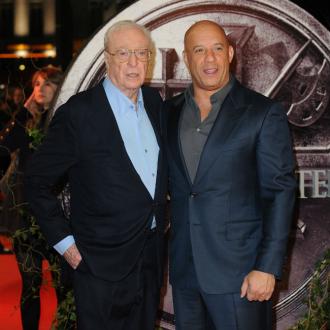 Sir Michael Caine and Vin Diesel have been firm friends for years.

The 82-year-old English actor - who has been knighted by Queen Elizabeth - and US star Vin, 48, best known for the 'Fast and Furious' franchise, struck up an unlikely friendship after they bonded over their working-class backgrounds.

Speaking at the London premiere of their new movie, 'The Last Witch Hunter', Michael told BANG Showbiz: ''Our friendship has been going on for 12 or 13 years. God knows where we met. It was in America somewhere and we became friends. I suppose it's because we're very similar. We both come from working-class, very poor backgrounds. We're very similar. And he's a great guy, too, that's the other thing.''

Indeed, Michael revealed the pair are such good friends that they have been looking for a project to co-star in for some time, although he ruled himself out of a part in the 'Fast and Furious' franchise.

He said: ''I'm not a very good driver and I don't do stunts - I don't want to break my bloody neck. But we always looked for something and then Vin found this, so I did it with him.''

Meanwhile, Michael joked he is constantly retiring and then changing his mind when he gets offered a new movie.

He explained: ''It's not a case of I don't want to retire. I retire after every movie, and then they offer me something and I go, 'Alright, I'll go back.'''