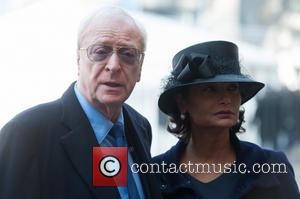 The star-studded crowd donned colourful outfits for the reggae-themed bash at the Roundhouse venue in Camden, where 500 guests gathered for a charity auction.

Madness and Jimmy Cliff were among the night's performers, while Jamaican reggae singer Dawn Penn teamed up with Ub40's Ali Campbell for a rendition of Sonny and Cher track I Got You Babe.

The donations were pulled in through ticket sales and the auctioning of prizes such as a huge portrait of Bob Marley and a vacation at the Golden Eye Resort in Jamaica, the one-time home of James Bond writer Ian Fleming.