Sir Michael Caine has insisted he ''didn't care'' about stripping off for his latest film role in 'Youth' as he isn't worried what people think of his body anymore. 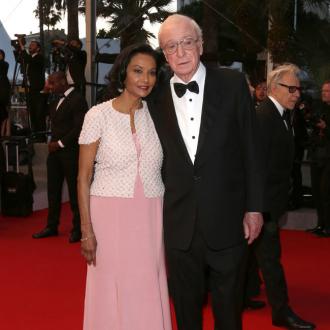 Sir Michael Caine ''didn't care'' about stripping off for his latest film role.

The 'Youth' star says ageing has meant he has been able to ditch his ''ego'' when it comes to his body.

He said: ''Finally you get rid of your ego. At 82, no one expects you to look like Brad Pitt.

''I didn't care. I was playing his character, so it's his body, nothing to do with me.''

Michael also recalled a particularly funny scene, which provides the image for the film's poster, where Michael and his co-star Harvey Keitel are sitting in the spa when they are joined by Miss Universe.

He quipped to The Times newspaper: ''Look at us, two old men in a swimming pool looking at a beautiful girl with no clothes on, looking at what we've lost and will never get again. Even seeing the poster makes me cry.''

Despite this, Michael previously revealed he has ''never been tempted to stray'' from his wife of 42 years, Shakira.

He said: ''In this business, you're surrounded by beautiful women - but I've got one at home, so I've never been tempted to stray.