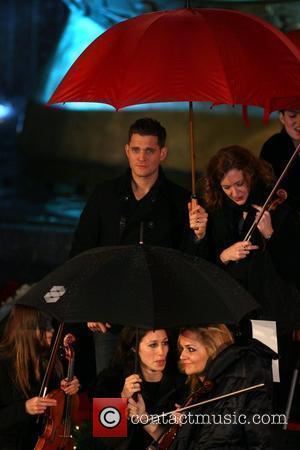 Crooner Michael Buble is set to race ex-girlfriend Emily Blunt up the aisle after asking his girlfriend LUISANA LOPILATO to marry him.
The 34-year-old singer reportedly proposed to the Argentine actress/singer, 22, over the holidays and she jumped at the chance to become his wife, according to America's Star magazine.
This is Lopilato's third engagement - she was previously engaged to actor Mariano Martínez and tennis star Juan Monaco.
Buble ended his three-year romance with actress Blunt in July 2008. She announced her engagement to actor John Krasinski in August (09).