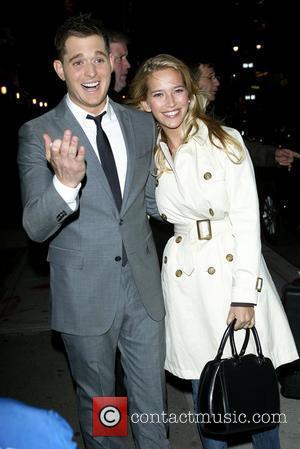 Canadian crooner Michael Buble has defended Britney Spears over her lip-synced shows - slamming Australian journalists for their harsh criticism of the star.
Spears has come under fire since she took her Circus tour Down Under, with many media outlets blasting her decision not to sing live.
The pop star was subsequently forced to dismiss rumours of a mass walkout at her gig in Perth earlier this month (06Nov09) when the press reported hordes of fans had left in disgust after they realised she was lip-syncing.
But now Buble has come out in defence of the Toxic hitmaker, insisting her fans can choose whether to see her gigs or not.
He says, "You'd think she killed someone. As an artist, and a human being, some of what has been written about her is so nasty. OK, she lip-syncs her show, people know that, they make the decision if they want to go and see her do that."