The trailer for the fifth movie is now here.

The first teaser trailer for Michael Bay's fifth and final 'Transformers' movie - 'Transformers: The Last Knight' - is finally here and there's a totally ominous apocalyptic tone throughout. No Optimus Prime, death and destruction lies at every turn - just how will this historic battle end?

A war is raging on Earth between man and transformer. Optimus Prime is no longer around to defend the planet. He has fled to the stars to uncover the truth about those who made him, the Creators. Meanwhile Megatron is still raising hell, vowing revenge on the few Autobots that are left and Cade and Tessa Yeager, the father and daughter who they are protecting.

The Decepticons are on the verge of dominating the planet, and without Optimus Prime the Earth really don't stand much of a chance. But why should the Autobots come to the rescue of the humans again after they were rendered enemies in 'Transformers: Age of Extinction'? There's more of a sense of hopelessness than ever before in this new sequel, soundtracked all too appropriately by Ursine Vulpine's futuristic re-recording of 'Do You Realize' by the Flaming Lips.

Watch the trailer for 'Transformers: The Last Knight' here:


Director Michael Bay ('Bad Boys', 'Pearl Harbor') returns to end his run of the series, accompanied by screenwriters Art Marcum and Matt Holloway ('Iron Man'), and Ken Nolan ('Black Hawk Down'). It also sees the return of Mark Wahlberg as Cade Yeager, Stanley Tucci as the villainous Joshua Joyce, and there's a fiery new addition to the cast in the form of Isabela Moner as pint-sized heroine Izabella. 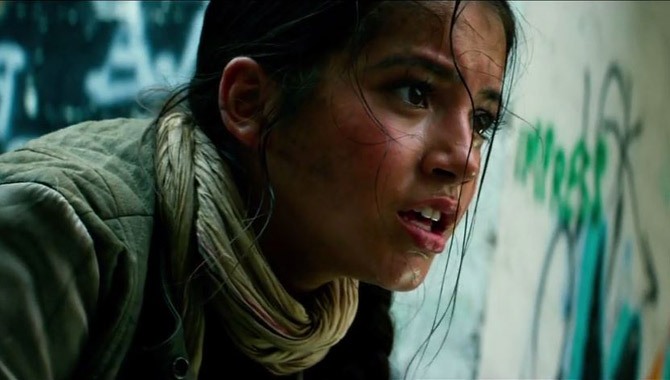 It won't be the last we hear of 'Transformers' altogether; a spin-off featuring Autobot Bumblebee is expected to be released in 2018 with 'Transformers 6' coming the following year with an all new director.