'Transformers' director Michael Bay is will be overseeing the 'Teenage Mutant Ninja Turtles' return to cinemas. 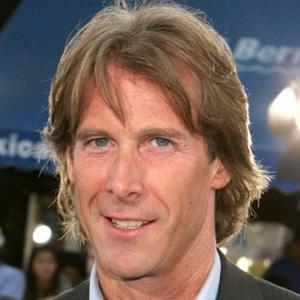 The 'Transformers' director and his Platinum Dunes production company are preparing to begin work on a revamped version of the film - which follows Raphael, Leonardo, Michaelangelo and Donatello, four martial arts-fighting, pizza eating, sewer dwelling amphibians - in what is expected to be an origins story.

Paramount and Nickelodeon acquired the rights to the franchise for $60 million last October, but have now sold them on to Platinum Dunes, who have previously specialised in remaking 70s and 80s horror films.

The original live-action 'Teenage Mutant Ninja Turtles' movie was released in 1990 - and earned more than $200 million at the box office and sparking three sequels, two of which were also live action.

In 2007, a CGI animated movie, 'TMNT' was released to modest success.

Last year, Michael revealed that he wanted a change from the 'Transformers' franchise.

He explained: "It's like Jerry Bruckheimer said, 'You've got to do your franchise when you've got the change.

"But after the three-and-a-half years I've spent doing these movies I feel like I've had enough of the 'Transformers' world. I need to do something totally divergent, something without any explosions."

'Teenage Mutant Ninja Turtles' is expected to be released in 2012.