Michael Bay found himself in a very uncomfortable situation as he walked off stage a Samsung CES event after there were technical issues with the teleprompter, the film-maker admits, "I guess live shows aren't my thing." 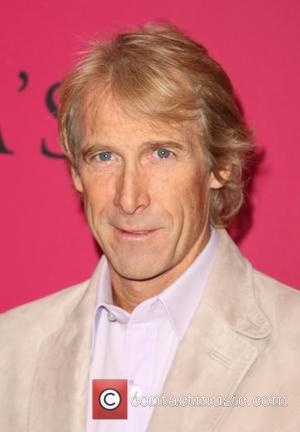 The 48 year-old was left speechless shortly after entering the stage when he was trying to discuss why he makes big blockbuster movies.

Bay even pointed out, in front of the live audience, that the teleprompter was not working properly which led him to say 'I'll just wing this."

That didn't happen as the awkward silence ensued, and not long after, the 'Transformers' film director exited the stage.

The host of the interview, Joe Stinziano of Samsung America, tried to help Michael get back on track by asking him about how the curve of the new Samsung will benefit watching movies, but the effort came to no avail.

As the filmmaker walked off stage he repeated said "I'm sorry."

On Monday afternoon Bay took to his own website and explained the reasons for leaving so abruptly. "Wow! I just embarrassed myself at CES - I was about to speak for Samsung for this awesome Curved 105-inch UHD TV," he wrote.

"I rarely lend my name to any products, but this one is just stellar. I got so excited to talk, that I skipped over the Exec VP's intro line and then the teleprompter got lost."

"Then the prompter went up and down - then I walked off," he added. "I guess live shows aren't my thing. But I'm doing a special curved screen experience with Samsung and Transformers 4 footage that will be traveling around the world."

Maybe, behind the camera is where Michael should stay.

His latest project, "Transformers: Age of Extinction", which stars Mark Wahlberg, is slated for a June 27th 2014 release.

Watch the video of Michael walking off stage below