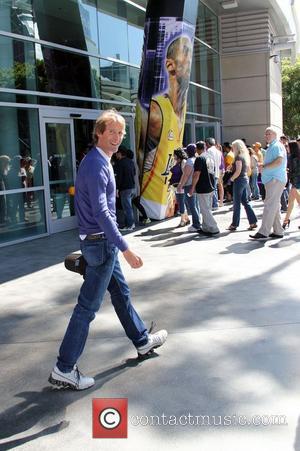 Transformers director Michael Bay has confirmed reports he's revamping the Teenage Mutant Ninja Turtles for a new movie franchise.
The blockbuster king appeared at the Nickelodeon Upfront convention in New York last week (ends16Mar12) and revealed all about his plans to reinvent the turtle superheroes as aliens.
He said, "When you see this movie, kids will believe one day that these turtles do exist... These turtles are from an alien race, and they're going to be tough, edgy, funny and completely lovable."
The Teenage Mutant Ninja Turtles first hit the big screen in the early 1990s with films directed by Steve Barron and Michael Eastman. The franchise returned in 2007 with Tmnt.