Message is clear: don't try and extort Michael Bay. Don't extort anyone, but really, not Bay.

Michael Bay’s demeanour surrounding his attack befits that of a man used to such occurrences. The director was faced – alongside his crew and the Hong Kong Police - by "drugged up punks" using an air conditioning unit as a weapon. Sorry what? 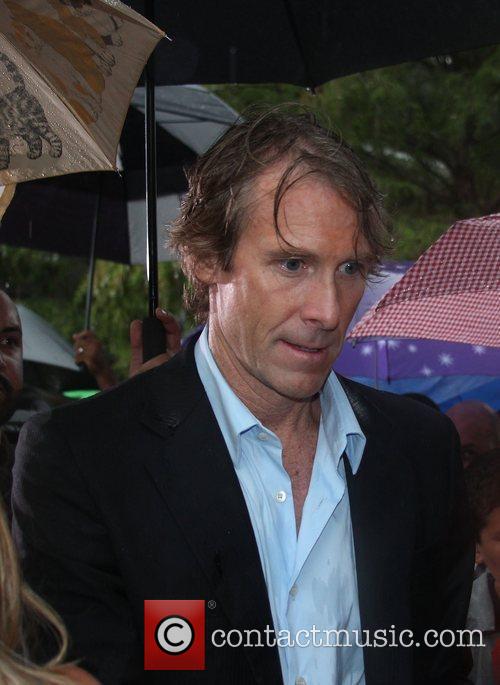 "The story... being passed around is not all true! Yes, some drugged up guys were being belligerent a---- to my crew for hours in the morning of our first shoot day in Hong Kong. One guy rolled metal carts into some of my actors trying to shake us down for thousands of dollars to not play his loud music or hit us with bricks,” explained Bay on his blog.

He’s in Hong Kong filming the fourth Transformers film: Age of Extinction. He chose the busy urban location for its exotic and bustling streets, but what comes with that? Well yeah, drugged up punks.

"Every vendor where we shot got paid a fair price for our inconvenience, but he wanted four times that amount. I personally told this man and his friends to forget it we were not going to let him extort us. He didn't like that answer. So an hour later he came by my crew as we were shooting, carrying a long air conditioner unit,” added Bay.

“He walked right up to me and tried to smack my face, but I ducked (and) threw the air unit on the floor and pushed him away. That's when the security jumped on him."

Bay talks of the incident as if it was nothing, but he’s pretty lucky that air conditioning unit didn’t connect with his face. The whole thing might inspire the blockbuster director to pen a movie; we’re talking a much-maligned moviemaker, kidnapped by a Hong Kong gang intent on extorting the hell out of him. Original? No, probably not. But it'll make us a million bucks.

"It took seven big guys to subdue him,” says Bay of one of the attackers. “He actually bit into one of the guards Nike shoe, insane. Thank god it was an Air Max, the bubble (at the front of the shoe) popped, but the toe was saved. Then it took fifteen Hong Kong cops in riot gear to deal with these punks. In all, four guys were arrested for assaulting the officers. After that, we had a great day shooting here in Hong Kong."

Tranformers: Age of Extinction, which stars an entirely new cast after Shia LeBeouf ripped into the previous films in the franchise, is set for a June 27 2014 release, should Bay not be attacked in the next filming location, that is.

The Transformers 4: Age of Extinction Poster