Actor Michael B. Jordan Has Urged Fans To Stop Taking Issue With Interracial Romances After Becoming The Subject Of A Social Media Backlash When He Was Linked To Kim Kardashian's Half-sister Kendall Jenner. 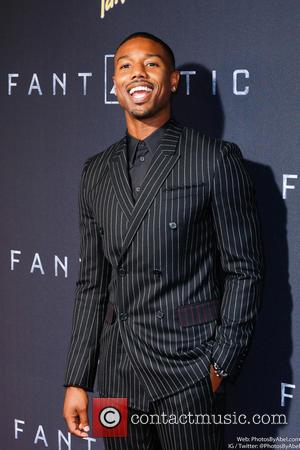 The Fantastic Four star was photographed leaving a party with model Jenner following the New York City Met Gala in May (15), sparking rumours suggesting they were dating.

Neither Jordan nor Jenner commented on the claims at the time, but now the actor has opened up about the negative reaction he received for the gossip online, particularly from members of the black community.

Discussing the issue with GQ magazine, the 28 year old says, "It's the world we live in. They see white and black. I don't.

"A lot of black fans were feeling like, 'Oh, my God, he should have been with a black woman' and that whole thing. I get it, but on the other hand it's, like, relax. You know - it's 2015. It's OK! People can like one another, not necessarily from the same history or culture or whatever the f**k it is."

Jordan goes on to deny any romance between himself and Jenner, telling the publication, "Kendall's a friend of mine, you know. I don't know her, like, that well, but I know her enough. People's perspective on that is what it is."

Meanwhile, the star insists his focus is firmly on his career and he isn't looking to start anything serious anytime soon.

"I understand what females want and need, you know. I'm good at that. I don't know if I'm the guy to give it to them right now. I'm emotionally unavailable. Until I find something that's so undeniable that I can't help myself."