Alice is back in Wonderland and this time things aren't as wonderful as they once were. Tim Burton has ceded the role of director to James Bobin for the intense sequel 'Alice Through the Looking Glass', that once again differs largely from the Lewis Carroll original.

Alice must return to Wonderland to rescue the Hatter

The defeat of the Jabberwocky should've brought peace to the world, but a new evil has arisen that this young woman may not be able to fight. Now getting on with her life, though still thought of as an oddity amongst her peers, Alice is revisited by Absolem in his butterfly form. He urges her to return to Wonderland to rescue the Mad Hatter and his friends from certain death in the face of a new foe.

Watch the trailer for 'Alice Through The Looking Glass' here:


A darkness has fallen on a once vibrant underground world and Alice is faced with the task of undoing the evil deeds of Time, a cruel lord with a head of cogs and gears - and he certainly isn't prepared to help her with her rescue mission. Encoutering fire-breathing monstera, a brutal game of chess and, the most terrifying of all, the return of the Red Queen who wants very much to regain control, Alice rallies together her old allies - the Hatter, the White Queen, the Cheshire Cat and other - along with a host of new friends. 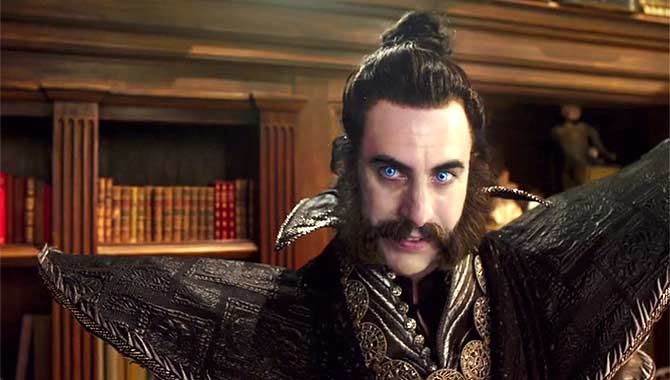 Time is the enemy in Alice Through The Looking Glass

Enter Wonderland this time through a looking glass instead of a rabbit hole and you'll find all manner of surrealism. Multiple Emmy nominated James Bobin of 'Flight of the Conchords' and 'The Muppets' fame is at the helm, though Tim Burton has stayed on as producer, and Linda Woolverton ('Maleficent', 'The Lion King') returns once again in this challenging sequel to 2010's 'Alice in Wonderland'. 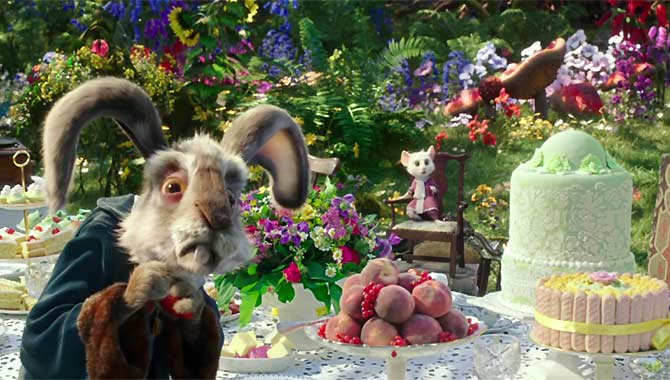 The main cast from the double Oscar winning film including Johnny Depp, Helena Bonham Carter, Mia Wasikowska and Anne Hathaway are also back, joined by Sacha Baron Cohen who will play Time. 'It's been six years since we shot the first one so it was nice to reprise it and be reunited with the cast of the first one', Wasikowska told reporters at the D23 Expo, where new footage was unveiled to the public (and the stars) for the first time. 'It's exciting for me as well because we shot most of it on green screen so I don't always know what or where I am.' 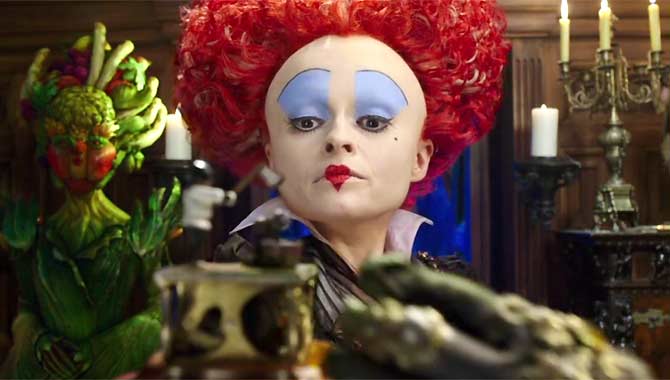 Will the Red Queen take back her throne with Time on her side?

More: What else is coming up for Walt Disney Pictures?