Since the turn of the century, Philadelphia quintet mewithoutYou have been producing vastly emotional rock music; debut album 'A-B Life' saw them very much full of screaming vocals and aggressive riffs, but as the band progressed they got calmer bringing in more indie influences and even going full folk for 'It's All Crazy! It's All False! It's All A Dream! It's Alright'. That being said, wherever mewithoutyou end up on the sonic spectrum you can always rely on them to be emotionally striking and that is no different with newest album 'Pale Horses'. 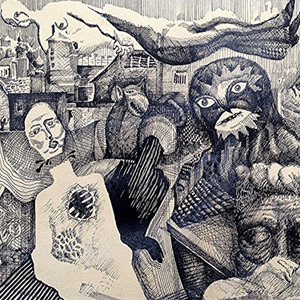 The lullaby-esque title track instantly puts you at ease with gentle strokes and Weiss' tender vocals. However, the peace is soon broken as the menacing 'Watermelon Ascot' injects some muscle with lower-pitched riffs and more theatrical vocals. Sonically, it has the same characteristics as someone who comes across as tough, but underneath is fragile.

'Mexicanwar Streets' is an unpredictable ride as it constantly swaps between calm and chaotic; the twinkly picking of strings interrupted by a bombardment of fierce lyrics like 'how long before our tails are caught by our "free" thoughts?' and 'nature had another plan and failed to run it by me' from Weiss. It's always impressive how many words he can fit into one breath. 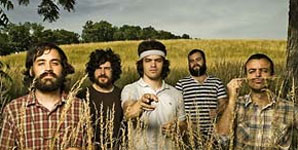