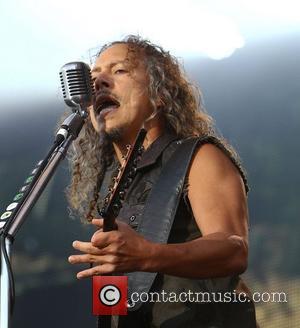 Promotional posters for Metallica and Lou Reed's new album Lulu have been banned from London Underground stations - because officials fear they'll encourage graffiti art.
The billboards feature the picture of an armless, dirty mannequin bust with the album title scrawled across it in blood-like ink, and Transport For London bosses have declared they're not appropriate to be put on trains or station walls.
The hugely-anticipated album is released worldwide on 31 October (11).