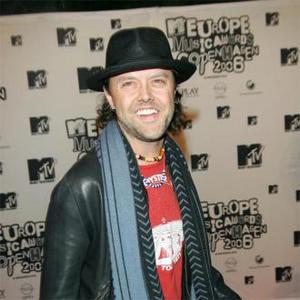 The sticksman may have been with the band for 30 years, but joked he doesn't feel like he's getting better with age.

When asked about his abilities, he told Drum! magazine: ''I usually feel like I've regressed. I'm like, 'Why can't I do that anymore?' ''

Lars, 48, admitted he doesn't regularly practice in order to get better, but uses The Drums as a workout.

He added: ''What happens is I just sit down and kind of play to just more stay in shape. You know, Metallica was up to two or three months off last year, and I would sit down, I have an iPod next to my drums so I can play along to all kind of crazy stuff, but I can't say that I sit down to necessarily practice to sort of get better.''

He also talked about how he was excited when listening back to tracks on the band's 'Beyond Magnetic' EP - recorded during sessions for their 'Death Magnetic' album in 2007 and 2008 - and how lively the results were.

He said: ''I thought there was a really good, lively vibe - it's a bunch of guys just playing together, and it sounded really full of energy and spunk and liveliness.