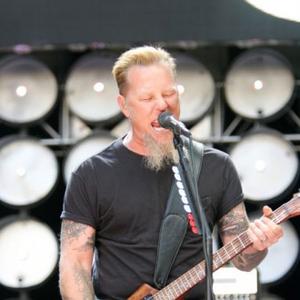 Metallica were reduced to tears by Lou Reed during the recording of 'Lulu'.

The legendary New York musician teamed with the Californian heavy metal group for the collaborative album, and guitarist Kirk Hammett admitted he started crying during the recording of song 'Junior Dad'.

He said: "I had just lost my father literally three or four weeks previous. I had to run out of the control room, and I found myself standing in the kitchen, sobbing away."

Kirk was joined by lead singer and rhythm guitarist James Hetfield - whose dad left his family where he was 13 - who was in a similar state.

He added: "James came into the kitchen in the same condition - he was sobbing, too. It was insane.

"Lou managed to take out both guitar players in Metallica in one fell swoop, with his amazing poetic lyrics."

The lyrics to the song include The Lines: "Say hello to junior dad/The greatest disappointment/Age withered and changed him."

'Lulu'- based on lyrics originally written by Lou for a theatrical production in Berlin - was recorded earlier this year and is set for release on October 31 in Europe and November 1 in the US.