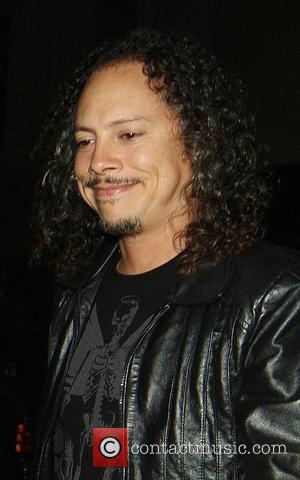 Heavy rockers Metallica have launched a new iPhone application to allow fans to listen to its live show recordings on the move.
The band has teamed up with Apple to allow subscribers to its website, which offers fans song downloads from 269 of their concerts, access to the Live Metallica application.
For just 99 cents (66 pence), iPhone users who have accounts on the band's site can download the tracks they've bought to their Apple phones - and fans will even be allowed the latest songs for free.
A statement on the band's website says, "In our ongoing efforts to be of service and give you as many options as possible in the digital era, we asked the brainiacs that help us out with LiveMetallica.com to come up with a super-cool iPhone application that creates a streaming interface to your LiveMetallica account."
Frontman James Hetfield says, "It's about time, and I think it's the right move."