Metallica To Headline Reading And Leeds 2015

Metal titans will headline Reading & Leeds for the fourth time next year.

The first announcement has been made as to who will be playing the Reading and Leeds Festivals in 2015, and it’s a big one: Metallica have been confirmed as one of the three headliners!

Organisers announced on Tuesday (25 November) that the American legends of metal will appear at the festival for the first time since 2008, when they also topped the bill alongside Rage Against The Machine and The Killers. They also headlined in 2003 and 1997, so they’ve got plenty of experience of satisfying the festivals’ notoriously raucous crowds. 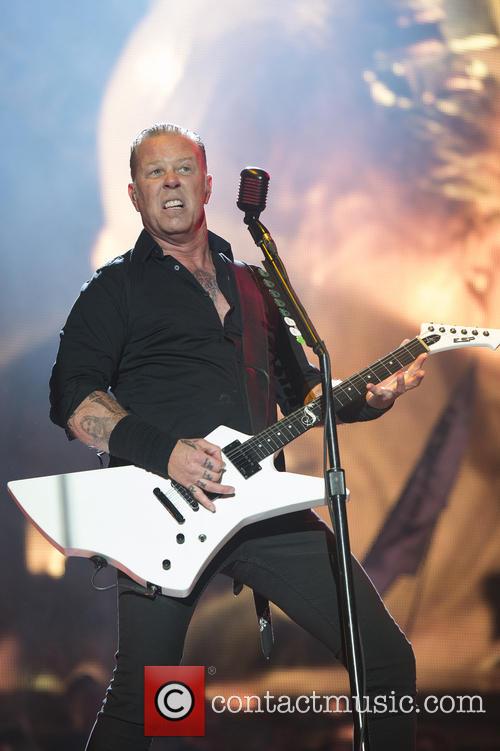 Metallica headlined Glastonbury (above) this year, and will do the same at Reading & Leeds in 2015

Metallica have sold more than 110 million records globally since they started their career in the early ‘80s. Earlier this year, they blew away festival goers with a stunning, cynic-defying headline spot at Glastonbury. The Reading / Leeds slot is likely to coincide with the promotional cycle for their tenth studio album, on which the group are currently working and which is slated for a 2015 release.

Upon the announcement of the news, Metallica’s drummer Lars Ulrich said “We are obviously beyond thrilled to be returning to headline the magnificent and mighty double shot at Reading and Leeds for the fourth time. We are practically the house band. Bring it!”

Other acts announced on Tuesday were London troubadour Jamie T, who released his third studio album Carry On The Grudge after a five year gap earlier this year, and rap super-duo Run The Jewels who recently won critical praise for their second album in as many years. Manchester Orchestra, Refused, Wilkinson Live and Pierce The Veil were also confirmed as participating.

The festivals will take place on August 28th-30th at Richfield Avenue in Reading and Bramham Park in Leeds.

More: Rock In Rio plans expansion to Vegas, will include Metallica and Taylor Swift