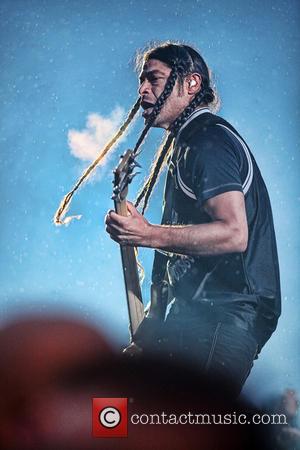 Metallica star Lars Ulrich has dismissed the controversy over the band's upcoming appearance at Britain's Glastonbury festival as "ridiculous".

The band is set to become the first heavy metal act to headline the fabled music event when they take to the stage later this month (Jun14), but their inclusion on the bill has sparked debate over whether hard rock acts have a place there.

A petition has also been launched by animal rights activists opposing the band's Glastonbury appearance over frontman James Hetfield's decision to narrate a new U.S. documentary about bear hunting in Alaska.

However, Ulrich is adamant they will not let the nasty comments ruin their big moment, telling Metal Hammer, "Glastonbury is like the Holy Grail in England and we're respectful to that, but when somebody sits there and talks about petitions or what some other guy says, there's a point that it just becomes ridiculous. We're fairly thick-skinned and turn a blind eye to it or whatever, but if Mick Jagger, or Alex Turner, or the very nice guys in Kasabian who I love (talk about Metallica at Glastonbury) it's cool. But at some point, when there's some guy in some other band... it's like 'Huh? What? Who are you?'"

The 2014 Glastonbury festival kicks off on 27 June (14) and also features acts including Ed Sheeran, Lily Allen, Arcade Fire and Kasabian.