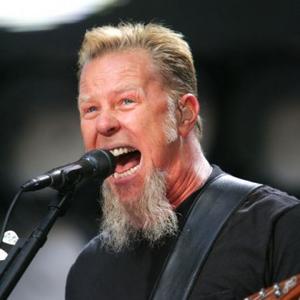 Metallica singer James Hetfield admitted he now has a "kind of respect" for Axl Rose.

Tensions between the two singers ran high when Metallica and Axl's band, Guns N' Roses, toured the US together in 1992 - a situation exacerbated by James sustaining second and third degree burns during a date in Montreal, forcing Metallica to cut their set short.

Instead of then playing an extended show for fans, Axl claimed he had a sore throat and stormed offstage early, causing fans to riot and relations between Metallica and Guns N' Roses to break down.

However, with both bands back on the road separately this year, James admitted he has grown a respect for the uncompromising frontman - the only remaining original member of his band.

James told Sydney's Triple M radio station: "I've got nothing against Guns N' Roses. I mean, he's doing what he wants to do at this point. I don't know if there's much 'Guns' or 'Roses' in any of that, but its Axl, and he is Axl and he has not changed or waned one bit, and I kind of respect that."

During their 1992 tour together James famously slammed Axl's rider requirements on video, and wasn't surprised that little has changed in the 18 years since, when handed a recent copy of Guns 'N' Roses pre-show requirements.

He read out: "Champagne, vodka, tequila, red wine. He's got cheese on here and then jam and condiments. A bed! What does he do, sleep at the gig?"

Axl - who is renowned for taking to the stage late, often incurring the wrath of promoters and fines for his band, as well as tension between the crowd and his band - does indeed sleep before Guns N' Roses shows and does not take well to being woken up, as his team found out during a recent concert at England's Reading Festival, when the band were an hour late onstage.

A source explained: "Axl has a very firm rule that he is not to be woken up whenever he is asleep. That proved costly at Reading.

"Axl was furious. He refused to take responsibility and blamed his team, so he sacked them."

However, this move left the band without a crew for their headlining slot at another festival a day later, meaning Axl had no option other than to continue employing them.