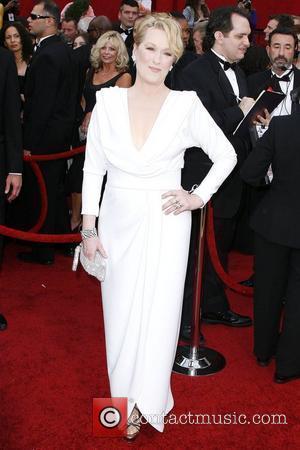 Meryl Streep was left stunned by a TV study of her family tree - because it uncovered her family links to moviemaker Mike Nichols, who is one of her closest friends.
The actress agreed to be part of top U.S. genealogist Henry Louis Gates, Jr's new documentary Faces of America - but she had no idea his research would suggest she and Nichols are cousins.
Ironically, Streep and Nichols have worked on four films together.
After learning the news during the taping of the upcoming special, Streep shrieked and said, "This is ridiculous!"
Gates' studies also uncovered ancestral links between revered cellist Yo-Yo Ma and actress Eva Longoria Parker.
The stunned Desperate Housewives star quipped, "Is he Mexican?"