Stars Including Meryl Streep, Kate Winslet, Lena Dunham And Emily Blunt Have Signed A Letter Urging Amnesty International Bosses To Vote Against A Policy To Fully Decriminalise The Sex Trade. 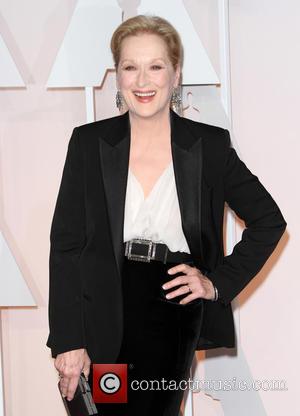 Picture: Meryl Streep - Hollywood's biggest stars were snapped on the red carpet as they arrived for the 87th Annual Oscars awards ceremony which was held...

The actresses, also including Anne Hathaway, Emma Thompson and Alison Williams, joined human rights activists to voice their opposition to the charity's Draft Policy on Sex Work report, which endorses decriminalisation of the sex trade and will be presented at a meeting in August (15).

The letter reads, "We firmly believe and agree with Amnesty that human beings bought and sold in the sex trade, who are mostly women, must not be criminalized in any jurisdiction and that their human rights must be respected and protected to the fullest extent... However, what your Draft Policy on Sex Work is incomprehensibly proposing is the wholesale decriminalisation of the sex industry which in effect legalises pimping, brothel owning and sex buying."

They urge Amnesty's leaders to vote against the policy, writing, "Amnesty's reputation in upholding human rights for every individual would be severely and irreparably tarnished if it adopts a policy that sides with buyers of sex, pimps and other exploiters rather than with the exploited. By so voting, Amnesty would blow out its own candle... We implore Amnesty to stand on the side of justice and equality for all."