Protesters Lie Down On The Red Carpet At Meryl Streep Premiere

A Dozen Women's Rights Protesters Disrupted The Premiere Of Meryl Streep And Carey Mulligan's New Movie Suffragette In London On Wednesday (07oct15) By Lying Down On The Red Carpet. 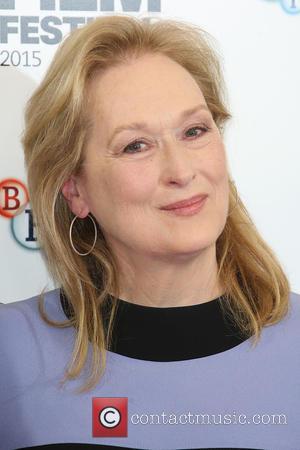 The 12 activists, wearing matching black T-shirts and leggings, were voicing their anger over a new U.K government decision to cut funding for domestic violence services.

It is not clear whether Streep, a vocal supporter of women's rights issues, or Mulligan were on the red carpet as the group, called Sisters Uncut, kicked off their protest. Other activists waved banners that read 'Dead women can't vote'.

Sources suggest the protest had nothing to do with the movie, which chronicles the birth and rise of the women's rights movement in England.

The activists weren't the only headline grabbers at the London premiere - actress Mulligan turned heads when she hit the red carpet for the first time since news of her reported pregnancy broke in June (15).

The slender The Great Gatsby star didn't appear to be with child, but refused to talk about her personal life.

The actress is married to Mumford & Sons star Marcus Mumford.