Meryl Streep has written to each member of Congress urging them to support the Equal Rights Amendment. 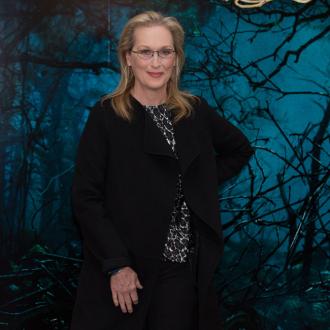 Meryl Streep has written to Congress urging them to support the Equal Rights Amendment.

The 'Into the Woods' actress has sent a letter to every member of Congress along with a copy of the book 'Equal Means Equal' by Jessica Neuwirth asking for their support of the proposed amendment which would ensure equal rights for women.

She wrote: ''I am writing to ask you to stand up for equality - for your mother, your daughter, your sister, your wife or yourself - by actively supporting the Equal Rights Amendment.

The 66-year-old star - who will be seen on screens in October playing British feminist Emmeline Pankhurst in the movie 'Suffragette' - has been very vocal about her battle for equal rights in Hollywood in the past, enthusiastically supporting actress Patricia Arquette during a speech about wage equality at the Academy Awards back in February.

Meryl also reiterated her position in a recent interview with First Lady Michelle Obama - the wife of American President Barack Obama - in which she said women still face ''resistance'' in all aspects of life, despite the fact people seem to believe men and women are equals.

Speaking in More magazine, she said: ''We're viewed as equals - but we're still not there yet.

''For the first time, we have the expectation that we can have a broad array of choices, that we could lead in almost any part of society. And yet we face resistance. We see that here at home in our government - in the House and the Senate. We see that in our boardrooms. We see that in Hollywood.''

''The challenge for our girls, I think, is dealing with that resistance. How can we lift and defuse it, how do we make it so our equality is not so threatening?''