Meryl Streep believes women do more to make relationships successful because they ''want them to work'' more than men. 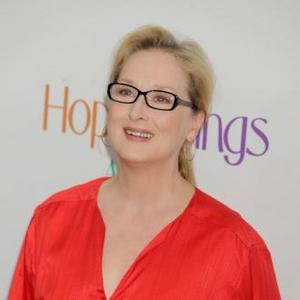 Meryl Streep thinks women do more to keep relationships happy than men because they ''want them to work''.

The Oscar-winning actress insists ladies invest time and effort into their marriages and romances because they don't want their relationships to fail, whereas guys tend to go with the flow when it comes to their love lives.

She said: ''Women have their antennae up more. It is all self-preservation, they want the relationship to work.

''Women make a religion of relationships. They study how to make them work, while men do not, as a generalisation.''

In her new film 'Hope Springs' Meryl stars alongside Tommy Lee Jones as Kay and Arnold, a middle-aged couple of 30 years whose relationship has reached a low point in most areas and so decide to see a counsellor - played by Steve Carrell.

The 63-year-old screen icon is delighted that film-makers are finally exploring emotions such as heartache, embarrassment and lack of intimacy that many older couples experience.

In an interview with the Daily Telegraph newspaper, she said: ''They don't make movies like this, about people my age, where their love life matters.

''That was very unusual. Love is uncomfortable, as is being stuck and feeling a need to get out of the rut that you are in.''

The mother of four is married to her second husband Don Gummer and admits she could relate to some of the issues the movie raised.

She said: ''It doesn't matter how old you are - we are all in danger of taking the people we love for granted.''