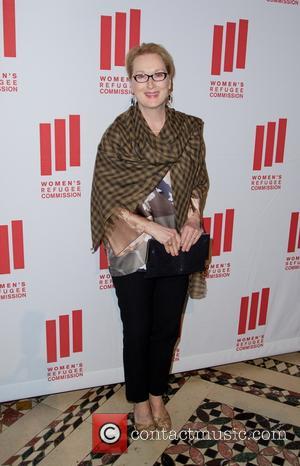 Meryl Streep is learning to play the guitar so she'll look the part of a washed-up rocker in Ricki & The Flash.

The Oscar winner, who will play real-life daughter Mamie Gummer's mum in the new film, has stalled work on the movie to perfect her musical skills.

Screenwriter Diablo Cody tells The Hollywood Reporter, "The reason we haven't shot the movie yet is Meryl's been learning to play. Watching her come along has been really inspiring."

Director Jonathan Demme suggested Streep learn to play because he wanted every song performed in the film to be authentic.

Cody adds, "Everything you hear, the band has to play and Meryl has to play."

Streep's character is loosely based on Cody's mother-in-law, who fronts a rock band.