The four 'Suffragette' stars posed in T-shirts with the phrase 'I'd Rather Be A Rebel Than A Slave' for Time Out London last week.

A publicity photo featuring Meryl Streep and her Suffragette co-stars in T-shirts bearing a feminist slogan has sparked a social media backlash.

Streep, Anne-Marie Duff, Romola Garai and Carey Mulligan were photographed for the front cover of Time Out London last week, with all four of them wearing white T-shirts featuring the phrase ‘I’d rather be a rebel than a slave’, which is an excerpt from an Emmeline Pankhurt speech urging reform of the law to allow women the right to vote.

While many have praised the feminist sentiments, a large number of critics have claimed that the use of the slogan on the T-shirts was insensitive of the historical context of the word ‘slave’. The photoshoot was also accused of inappropriately using four white, privileged women to invoke the struggles of slaves in the Confederate south. 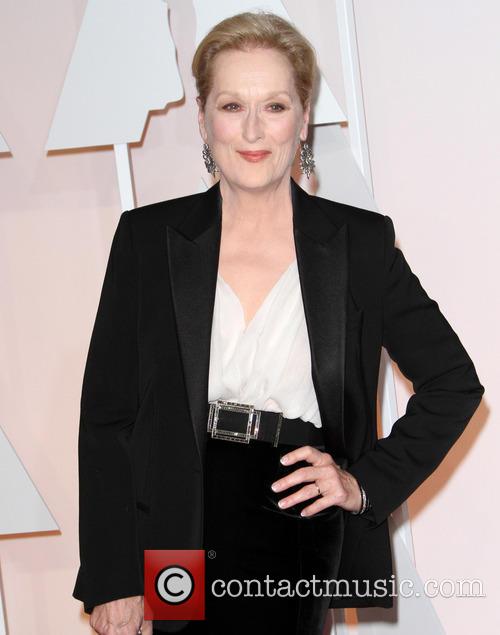 One Twitter user wrote: “white celebrities wearing tshirts that say "rather be rebel than slave" = legacy of "woman" and "feminism" as property of whiteness”. Another tweeted: “A white woman, ANY white woman, wearing a shirt that says "I'd rather be a rebel than a slave" doesn't get feminism. She doesn't get history.”

Some critics have been highlighting the comparative absence of women of colour in the movie itself, which according to some is a parallel with the real-life tactics of the suffragettes of excluding black and minority ethnic people from their campaign over fears their presence might hinder its effectiveness.

The promoters of Suffragette may now be ruing their campaign, which has prominently used the quotation on its posters.

so many words, such little patience pic.twitter.com/xU8e4DARYp

Time Out London defended the content on Tuesday (October 6th), stating: “The original quote was intended to rouse women to stand up against oppression - it is a rallying cry, and absolutely not intended to criticise those who have no choice but to submit to oppression, or to reference the Confederacy, as some people who saw the quote and photo out of context have surmised.”

“Time Out published the original feature online and in print in the UK a week ago. The context of the photoshoot and the feature were absolutely clear to readers who read the piece. It has been read by at least half a million people in the UK and we have received no complaints.”