Meryl Streep set for indie drama Ricky and the Flash

Meryl Streep has reportedly signed on to play an ageing rockstar in Diablo Cody-scripted drama 'Ricky and the Flash'. 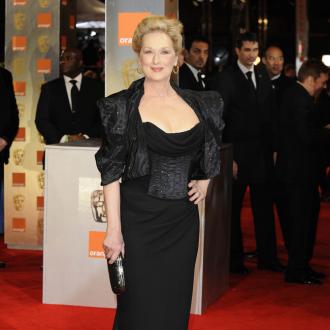 Meryl Streep is attached to star in indie drama 'Ricky and the Flash'.

The Oscar-winning 'The Iron Lady' actress will play a fading rockstar who finally attempts to reconnect with her children after years of estrangement when one of them goes through a bitter divorce, reports the Wrap.com.

The script has been penned by 'Juno' helmer Diablo Cody, with Jonathan Demme due to direct and Marc Platt, who worked with Demme on 'Rachel Getting Married', producing.

Streep has three Academy Awards to her name, while Demme and Cody won Oscars for 'The Silence of the Lambs' and 'Juno' respectively.

The role sounds similar to Streep's recent Oscar-nominated part as difficult, drunken matriarch Violet Weston in 'August: Osage County', so the 64-year-old actress will no doubt given another standout performance.

Universal and Fox are apparently among the studios interested in financing the project. No other actors are as yet confirmed for the film.

Streep will next be seen in Harvey Weinstein's adaptation of 'The Giver' and Disney's 'Into the Woods'. Next year also sees her starring in women's rights drama 'Suffragette' opposite Carey Mulligan.