Meryl Streep was thrilled to land the lead role in 'Ricki and the Flash' and could not believe that she got to play a rocker in her sixties. 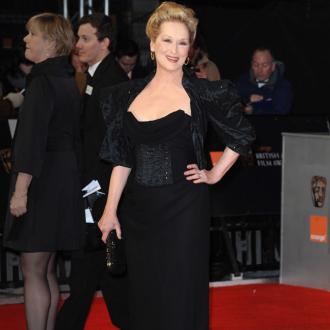 Meryl Streep can't believe she got to play a rock'n' roll musician in her sixties.

The 66-year-old Oscar winning actress plays the titular character in 'Ricki and the Flash', a woman who walked out on her husband and family to make it as a singer and Meryl loved every minute of filming.

She told Weekend magazine: ''I couldn't believe that at my age I was the lead in a rock'n'roll movie. I love rock'n'roll and I grew to love Ricki too.

''OK she ends up a wannabe star who hasn't quite made it but I loved that she had all those dreams in the first place. The world might say she's failed but that's only by other people's standards because as far as she's concerned she's living the dream.''

Meryl's daughter Mamie Gummer plays her on-screen daughter in the movie and admitted filming hostile scenes between their characters was difficult.

She said: ''I had to say some really hurtful things to my mother and that was really challenging. The hardest thing was not to allow it to feel like I was punishing her. Some scenes were hard to film but we got over that when I understood she does this for a living, She knows what's real and what's not.''