Meryl Streep thinks 'Hope Springs' is the 'Blue Valentine' for her generation because of the issues it raises. 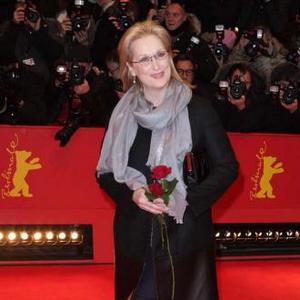 Meryl Streep thinks 'Hope Springs' is the 'Blue Valentine' for her generation.

The 63-year-old actress - who stars alongside Tommy Lee Jones in the movie - believes the film explores issues and emotions not usually tackled on screen for her age group, comparing it to the 2010 drama which starred Michelle Williams and Ryan Gosling as a couple during the highs and lows of their marriage.

She said: ''This is like 'Blue Valentine' for our generation.

''This film is a way to talk intimately about things that matter in a way that we don't often get to see with people our age in the movies.''

Meryl had nothing but praise for filmmakers she has worked with, such as Nancy Meyers and the late Nora Ephron, for ''pushing boundaries''.

She told the Daily Telegraph newspaper: ''I think that Nancy and Nora have pushed the boundaries.

''There are trends that pertain to the scripts that come my way, and definitely there has been a change. You'd never have seen a movie like this 20 years ago.''