Meryl Streep: I Learned About 'Into The Woods' Character Through Costume

Meryl Streep plays the witch in Rob Marshall's adaptation of 'Into The Woods'.

Meryl Streep didn't have the most comfortable costumes on the set of 'Into The Woods', playing the wicked witch who leads everyone to their fate - but she admits that her character couldn't have been completed without the help of the behind the scenes crew. 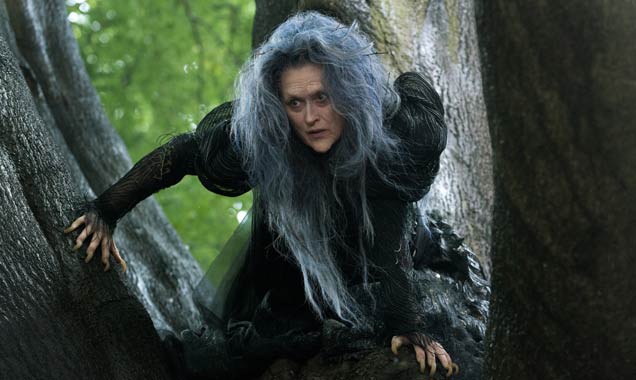 Meryl Streep admits her witch costume stuck into her

Costume designer Colleen Atwood is a legend in the movie industry, having worked on a magnificent variety of outfits on a never ending list of films. She has won numerous awards including three Oscars: for Tim Burton's 'Alice In Wonderland' and director Rob Marshall's 'Chicago' and 'Memoirs Of A Geisha'. Now she teams with Rob Marshall yet again for the Stephen Sondheim composed fairytale musical 'Into The Woods', and the film's star Meryl Streep couldn't been more thrilled to be working with her.

'Some of the most productive character work was working with Colleen', she says. 'Finding what she was telling me about the character through the clothes. She thinks like an actor; so how the change would be for the witch was incredible, how she blended me into the gnarled.... everything.' It was certainly an effective accomplishment for Atwood, who designed both a ragged, black gown for the wrinkled old crone side of her character, and a tighter fitting, plush number for when her magic makes her a little more glamorous.

Streep also admits that so much detail went into designing the somewhat uncomfortable costume, that there were features on it that were barely noticeable. 'There were things that you can't even see really in the film but I knew about', she says. 'Just where the costume stuck into me and made me miserable, that was all character.'

More: Will Stephen Sondheim win 'Into The Woods' an Oscar?

'Into The Woods' is released this Christmas - see if you think these costumes are worthy of another Oscar!