Meryl Streep has agreed to star in a new comedy project directed by 'Sex And The City' filmmaker Michael Patrick King. 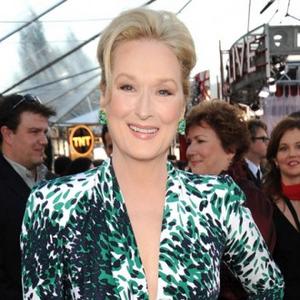 Meryl Streep has signed on to star in an untitled comedy set on a home shopping network.

The Oscar-winning actress will star alongside Sandra Bullock and Oprah Winfrey in the movie, according to 'Sex And The City' director Michael Patrick King, who confirms all three have agreed to take part in the project.

He said: "I came up with the idea of writing for Meryl, Sandy and Oprah, and it became so specific to them that I wanted to be sure I had interest from these ladies.

"I put it in front of each of them and they all said yes."

Although the project currently has no script, King is expected to begin writing it immediately and have it completed by January.

The film - which will tell the tale of the three Women and their dealings with marketing, marriages and the media while working on a TV channel - will then go into production by summer or autumn 2011 if schedules can be worked out, Deadline.com reports.

King is particularly excited about the return of TV chat show host Oprah - best known as an actress for her 1985 movie 'The Color Purple' - to the big screen.

He said: "It's appealing to craft a character for Oprah to come back and play that's not Oprah."

King is best known for his directorial role on the TV series 'Sex and the City' and is subsequent movies, but he has also previously worked as a writer on comedy shows 'Will & Grace' and Lisa Kudrow's 'The Comeback'.