Bet you never saw that one coming...

It's probably one of the more bizarre things we've seen today, but Meryl Streep proves once again why everybody loves her in a satirical performance which saw her dress as Republican presidential candidate Donald Trump. Just a heads up; It's very, very strange. 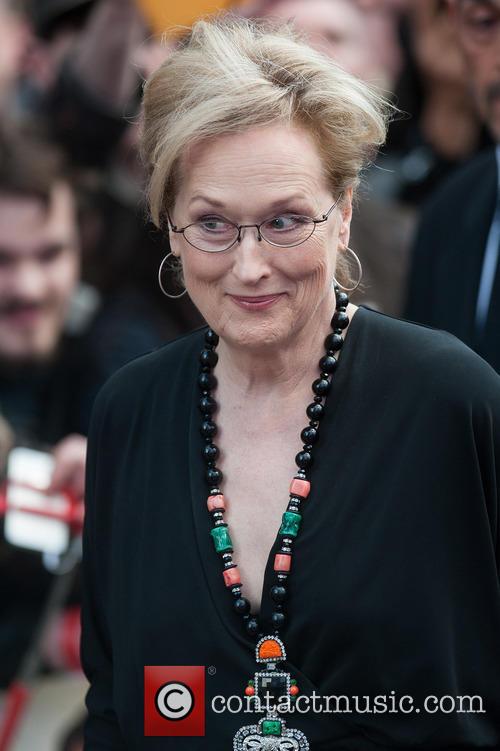 We've seen Johnny Depp do Trump in 'Donald Trump's The Art of the Deal: The Movie', but we think Meryl Streep has beaten even that stellar performance with her Shakespeare in the Park Public Theater Gala show at New York's Delacorte Theater yesterday (June 6th 2016).

The Oscar-winning actress was joined by Christine Baranski (with whom she starred in 'Mamma Mia!') in a duet of 'Brush Up Your Shakespeare' from the 1950s musical 'Kiss Me, Kate', which is based on Shakespeare's 'The Taming Of The Shrew'. Baranski was dressed as Hillary Clinton, but Streep had the whole Trump look down with her blonde hair scooped into a messy mop, generous amounts of orange wiped across her face and a fatsuit that was none-too-kind but none-too-inaccurate too. Not only that, but she got the voice off to a pretty good start as well as she boomed out, 'We could do a deal, if you'll let me know why it is all the women say no'.

It's not the first time the 'Into The Woods' star has played a political figure either; in 2011 she played the UK's first and only female Prime Minister Margaret Thatcher in 'The Iron Lady', a role which won her her third Academy Award, a Golden Globe and a BAFTA.

As for whose idea it was to cast Streep as Trump... 'Utterly her idea, beginning to end', the Public's artistic director Oskar Eustis told the New York Times. 'There were skeptics, there were doubters, but one of those skeptics was not Meryl Streep. She was absolutely sure she could do it. None of us had seen her in costume or makeup, till she walked out tonight.'

God bless Meryl Streep. If we didn't know who we wanted for president before, we certainly do now. Vote Streep!