Meryl Streep and Stevie Wonder received the Presidential Medal of Freedom at the White House yesterday (24.11.14). 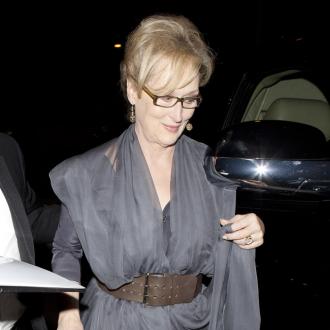 Meryl Streep and Stevie Wonder were presented with the Presidential Medal of Freedom at the White House yesterday (24.11.14).

The 'Mamma Mia' actress and the 'Superstition' singer received the medals - the US' highest civilian honour - from President Barack Obama at his residence along with 18 other deserving recipients.

As President Obama presented, Meryl, 65, with her medal, he couldn't help but express his fondness for the 65-year-old actress.

The President was equally excited to present Stevie, 64, with the honour and confessed to the 'Higher Ground' hitmaker - whose real name is Stevland Morris - that his 1972 album 'Talking Book' was the first record he ever purchased as a youngster.