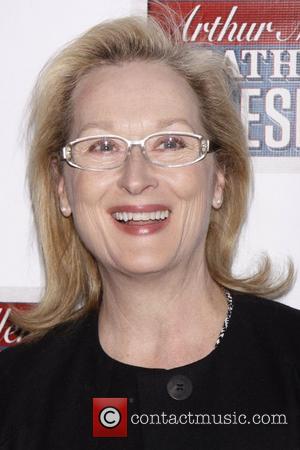 The author of 'The Devil Wears Prada' has confirmed that she is writing a sequel to the bestselling book. Lauren Weisberger's new novel 'Revenge Wears Prada: The Devil Returns' will continue the story of former magazine assistant Andy Sachs and is set for release in 2013, reports BBC News.

The book will be set eight years after the first, though will see Andy crossing paths with her old boss, Miranda Priestly, played by Meryl Streep in the big screen adaptation. Harper Collins' publishing director Lynne Drew said, "I'm thrilled to be once more encountering the world of glossy mags, Miranda Priestly and our favourite heroine, with a novel set to be one of the big summer reads of 2013". Of course, the news will please fans of the 2006 movie - starring Streep, Anne Hathaway and Emily Blunt - who will no doubt be hoping for a second film. It would be hard to imagine studio bosses passing on a sequel, given the original film grossed more than $300 million worldwide. The movie won Meryl Streep an Oscar-nomination, for her role as the overbearing Miranda - considered to be a fictionalized version of Vogue editor Anna Wintour. The author Weisberger worked as an assistant at the iconic magazine.

Upon its release in 2003, the first book quickly became a New York Times bestseller.