Singer Merry Clayton Is Planning A Return To Music After Losing Her Legs In A Car Crash Last Year (14). 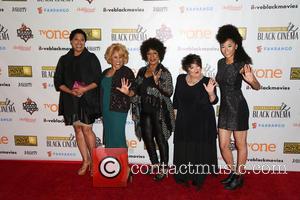 The star, whose back-up vocal work for Ray Charles and The Rolling Stones was documented in Twenty Feet From Stardom, was left severely injured following the accident in June, 2014, and subsequently had to have both of her legs amputated at the knee.

Prior to the crash, the documentary Clayton was featured in won an Academy Award and a Grammy and catapulted the singer into the spotlight.

"Oh my God, I was at the pinnacle," she said. "I was at the top of my game. I was overwhelmed at what had transpired with the film and then to just go out for a moment and in that moment your life is changed."

Clayton had to put her career on hold to focus on her recovery, but she is planning to release a new music project next year (16).

"It's been a lot of learning and a lot of adjusting," she tells the New York Times. "It was a rough one, but I'm from some strong, strong stock and from strong, strong believers.

"It's not an easy task, but I am just so determined. If I was determined enough to make it out of that hospital alive and better, I can certainly forge straight ahead... One of my goals is to get back on my feet again. My mind is good, my heart is good and hope is a wonderful thing."

On Thursday (22Oct15), Clayton will receive the Clark & Gwen Terry Award for Courage from The Rolling Stones guitarist Keith Richards at the Jazz Foundation of America's A Great Night in Harlem gala at the Apollo in New York. During the event, Richards will perform Stones classic Gimme Shelter.