The comedy legend sadly passed away last September at the age of 81.

Melissa Rivers has revealed she will be releasing a book later this year, telling the life story of her famous mother Joan, from a daughter’s perspective. The Book of Joan: Tales of Mirth, Mischief, and Manipulation hits shelves on May 5th and promises to also deliver the gift Joan was best known for giving the world, laughter. 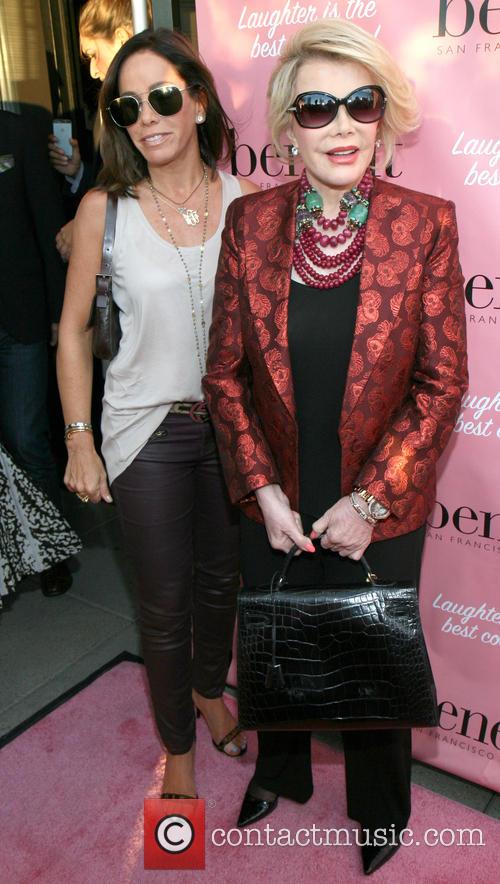 “(The book) will share funny, poignant, and irreverent observations, thoughts, and tales about the woman who raised her," publisher Crown Archetype told People magazine in a statement.

“In our family we always believed that laughter was the best medicine," Melissa added. "I wanted to write a book that would make my mother laugh. I hope it makes you laugh, too.”

The book will contain plenty of anecdotes from Melissa’s childhood, such as the time her parents delivered her as birthday gift to Johnny Carson when she was just 9-months-old. As well as her mother's interesting idea of a math’s lesson.

”I can do tips and discounts and figure out the number of gay men in an audience to make it a good show. That’s all the math you’ll ever need,” the comedienne would often tell her daughter.

“These were just the tip of the iceberg when it came to life in the family that Melissa describes as more Addams than Cleaver," Melissa’s publisher said. Adding, "And at the center of it all was a tiny blonde force of nature."

Rivers passed away on September 4th last year, after spending a week in a medically induced coma, following complications after undergoing a routine endoscopy.

The comedienne was awarded her first Grammy on Sunday night, for best spoken word album for the audio book recording of her memoir, Diary of a Mad Diva. The book was released in July of last year, just months before her untimely death.