Melissa Mccarthy To Curb Swearing Around Glenn Close At The Oscars 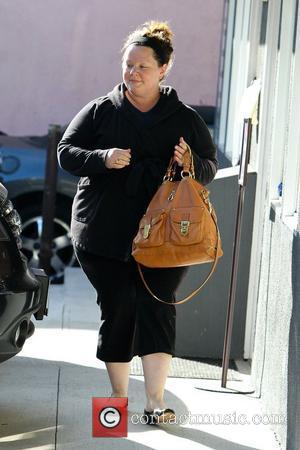 Melissa McCarthy may be rising up the ranks of Hollywood's actresses - something further cemented by her recent nomination for Best Supporting Actress at the forthcoming Academy Awards - but she's admitted she still gets star struck when being around others in her field, at times even going as far to make a bit of a fool of herself, reports People Magazine
Take how excited she is about meeting Glenn Close for instance, herself up for the Best Actress award. Admitting that last time she met her she was so flustered that she swore, MCCarthy said to People "I hope I can figure out something else to say to Glenn Close other than 'Holy s*** you're Glenn Close.'" Continuing she added, "I just think she makes beautiful, smart, perfect decisions in her characters and roles she plays. She looms very large to me." However she thinks she'll probably be able to hold it together this time, adding "If I get to re-meet her," said MCCarthy, "I hope I say something that's not as jackass-y."
At least she'll have strength in numbers this time round, the 'Bridesmaid' actress will be joined by co-star and writer Kristen Wiig, who's up for Best Original Screenplay Writing, and an old friend of hers - fellow actress Octavia Spencer, who'll be up against her in the Best Supporting Actress category for her role in 'The Help.' Commenting on her pals, MCCarthy said "We've all been [friends] for 13 [or] 14 years," she said. "These are people at my wedding. These are my really close, dear friends. We are all having this otherworldly year together."