Melissa McCarthy Is Happy With Her Body Figure But Does Admit "I Could Eat Healthier, I Could Drink Less"

The 43 year-old actor shows off her "fearless, fierce and funny" side on the front cover of the July issue of Rolling Stone magazine. 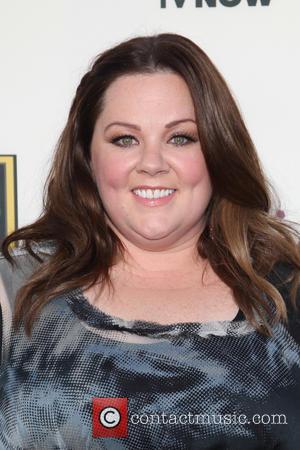 One of the leading female comedian's, Melissa McCarthy, will be the first one to admit that she could make some changes in her lifestyle.

However, the 43 year-old actress is happy with who she is, and this radiates from her feature on the front cover the July issue of Rolling Stone magazine.

While talking to the music mag, McCarthy shows off her "fearless, fierce and funny" side by opening up about her career as a comedienne, as well as touching on some of her bad habits.

"I could eat healthier, I could drink less," she told the mag. "I should be learning another language and working out more, but I'm just always saying, 'Ah, I could get hit by a bus tomorrow.'"

McCarthy is most recognisable for appearing on the big-screen in such films as 'The Bridesmaids,' 'Identity Thief' and 'The Heat,' but she confessed to struggling to remember her most impromptu hilarious moments.

"I really truly didn't remember saying most of it," she said.

The Academy Award-nominated actress also revealed to the magazine about her start in comedy, when she used to perform stand-up as a drag queen named Miss Y.

"I really dressed to rival a drag queen, for sure," she said. "I had a gold lamé swing coat on, a huge wig, big eyelashes. I talked about being incredibly wealthy and beautiful and living extravagantly."

MORE: Melissa Mccarthy: 'I Wanted To Be A Drag Queen'

McCarthy reminisced even further into her life and opened up about her teenage years when she decided to turn rather reckless.

"I turned slightly nuts," she stated, noting how she died her hair blue-black and shoplifted. "We'd wrap sweaters around ourselves and walk out."

MORE: Melissa McCarthy Got Refused By Top Designers To Make Oscar Dress: "They All Said No"

Melissa is the star of upcoming comedy flick 'Tammy' which her husband Ben Falcone wrote and directed.