The 'Spy' star is launching her own clothing range, Melissa McCarthy Seven7, partially to address the lack of choice and "segregation" in mainstream shopping outlets.

Melissa McCarthy has taken a stand against the fashion and shopping industries, and wants to stop the body-shaming of plus-size women.

The 44 year old star of the new movie Spy was talking to More magazine recently for its June edition, and spoke about the frustrations that plus-size shoppers frequently face in malls. “People don’t stop at size 12,” she explained. “I feel like there’s a big thing missing where you can’t dress to your mood above a certain number.” 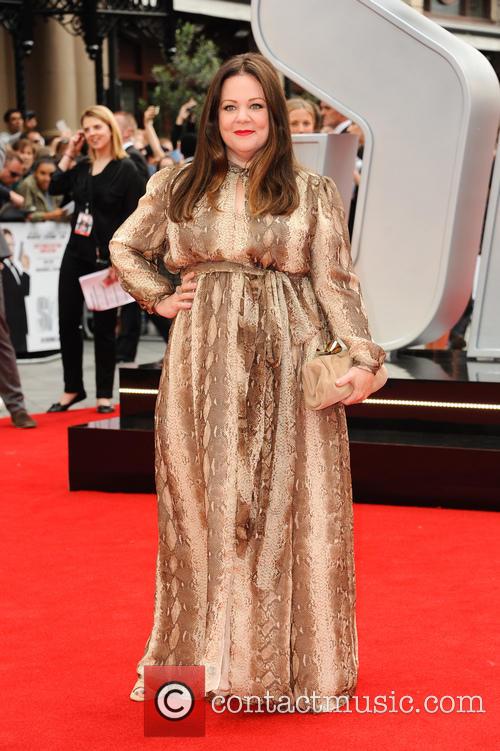 Melissa McCarthy at the premiere of 'Spy'

“[Malls] segregate plus-size,” she continued. “It’s an odd thing that you can’t go shopping with your friends because your store is upstairs hidden by the tire section. ‘We’ll put you gals over there because we don’t want to see you and you probably don’t want to be seen.’”

More: Melissa McCarthy honoured with a star on the Hollywood Walk of Fame [pictures]

Though best known for her comedic acting roles in films like Bridesmaids, This Is 40 and the TV series ‘Mike & Molly’, McCarthy is also making waves in the world of fashion and clothing design. The frustration she laid out is just one of the reasons she’s launching her own clothing line, Melissa McCarthy Seven7, which will run from size 4 to 28.

“It’s pretty consuming,” she said about designing the range. “My problem is, I don’t hand things off very well. I just figure if it has my name on it and I want to make people feel good about wearing it, I can’t pass it off.”

McCarthy has been showing signs of weight loss in recent red carpet appearances, and when asked about her efforts she indicated that she had no interest in achieving a perfect slimline figure in the future. “I have caught my reflection and thought, Oof. That girl is struggling. That girl is tired," she said. “I’ve had mornings where I’m like, ‘Oh God, I have weird hair. I look like Fraggle Rock. Why am I so puffy? What did I eat?’ [But] who cares if my eyes are puffy because I ate 44 almonds last night? Or my legs are short? To my core, I don’t care.”