Actress Melissa McCarthy Once Confronted A Critic Over A Sexist Remark He Made About Her In A Harsh Review Of Her Film Tammy. 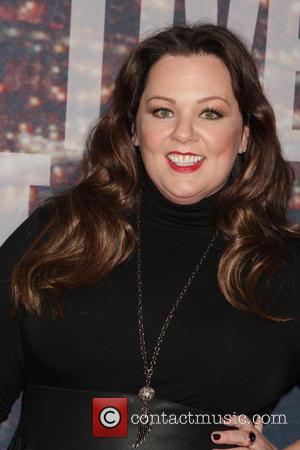 Picture: Melissa McCarthy - A host of stars including previous cast members were snapped as they arrived to the Rockerfeller Plaza for Saturday Night Live...

The Bridesmaids comedienne starred in and co-wrote the 2014 comedy with her husband Ben Falcone, but the film was panned by a number of critics, and in a new Entertainment Weekly interview, MCCarthy reveals one bad review made her realise she had to stop reading them, because a negative remark "hurts my heart."

And she recalls a recent encounter with a particularly harsh reviewer, who hated Tammy but praised her for her work opposite Bill Murray in St. Vincent.

MCCarthy says, "(I said), 'Are you the one who wrote I was only a good actor when I looked more attractive and that my husband should never be allowed to direct me, because he allowed me to look so homely?'"

After admitting he was the same writer, she told him, "'Would you say that to any guy? When John C. Reilly - or any actor - is playing a character that is depressed and dejected, would you say, 'Well, you look terrible?'"

And when MCCarthy, who has two daughters with Falcone, found out that the critic has a daughter of his own, she advised him, "Watch what you say to her. Do you tell her she's only worthwhile or valid when she's pretty?"

MCCarthy went on to slam the sexism she's encountered both by the media and Hollywood, stating, "It’s an intense sickness. For someone who has two daughters, I'm wildly aware of how deep that rabbit hole goes.

"But I just don't want to start listening to that stuff. I'm trying to take away the double standard of, 'You're an unattractive b**ch because your character was not skipping along in high heels'."