Sabrina The Teenage Witch To Become A Film

'Sabrina the Teenage Witch' is set to be turned into a live action film thanks to 'Mean Girls' director Mark Waters. 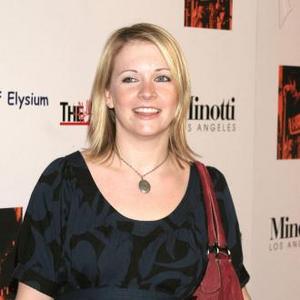 'Sabrina the Teenage Witch' is being turned into a live-action film.

The TV series - which featured Melissa Joan Hart as a young witch learning about her magical powers - has been re-written by Andrew Barrer and Gabriel Ferrari for the big screen.

The original 1960s comic was turned into two animated series and the latter sitcom starring Melissa, which ran for seven seasons.

It is believed the movie will have an edgier feel than the TV show but will continue to have her talking cat Salem.

Mark Waters - who previously directed Lindsay Lohan in 'Mean Girls' - may direct the project after giving the presentation to Sony Pictures which convinced them to take it on.

No actress has yet been touted for the role of Sabrina, and it is not known if Melissa will have any part in the series.

In addition to 'Mean Girls', Mark has also worked on 'Freaky Friday' and 'Ghosts of Girlfriends Past'.