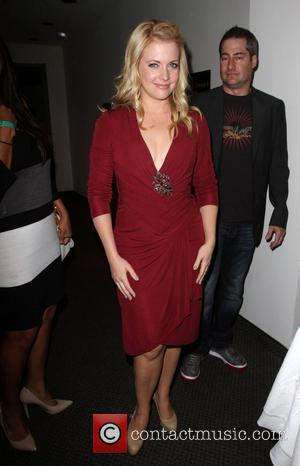 A representative for former teen star Melissa Joan Hart has slammed a lawsuit from a former manager of the actress' candy store, insisting it contains "vicious allegations".
Shana Kharineh sued the Sabrina the Teenage Witch actress and her Sweetharts company over claims she was fired as the California store's manager because of her race and complaints about working conditions.
In court documents filed in Los Angeles on Thursday (29Sep11), Kharineh claims she was wrongfully dismissed in August (11), was racially discriminated against and has not received full wages owed.
She states her bosses gave her a special dress code because she was African-American, making her wear a different colour to the standard uniform of black because "black on black did not look appropriate".
She also claims she was forced to work 60-hour weeks without breaks or overtime payments.
A spokesperson for Hart denies the allegations, insisting the actress has no involvement in the day-to-day running of the store.
The rep tells E! Online, "Melissa Joan Hart is the owner of Sweetharts Sweets in Sherman Oaks, California. While the shop was her vision, Melissa does not currently function in a day-to-day operational capacity, and has never met Shana Kharineh.
"Sweetharts Sweets is an equal opportunity employer, as is Melissa Joan Hart. Neither Sweetharts Sweets nor Melissa engages in or condones any form of discrimination whatsoever. There is no basis whatsoever to these vicious allegations."